The Future Awards breezes through Enugu, Port Harcourt and Accra 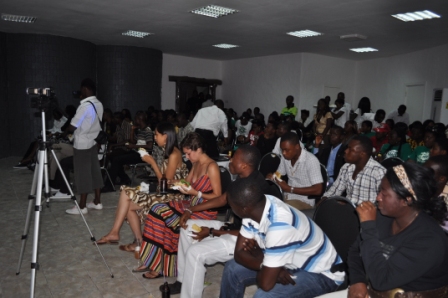 After visiting Abuja, Yola and Kaduna, Nigeria’s biggest youth event, The Future Awards (under the umbrella The Future Project), continued its national tour of the six geo-political zones of the country, taking its youth town hall meetings to Enugu, Port Harcourt and the Ghanaian capital, Accra.

“On these visits, we have tried to see that we can reach individual young people directly and practically. We don’t just want these crowds of people, we want to ensure that message goes through to the attendees – we had them, not just talk about Nigeria and then know how to nominate outstanding young people, but also to make them ambassadors in their communities for the values we hold dear – entrepreneurship and value creation,” Chude Jideonwo, the Creative Director, said.

The Port Harcourt Town Hall meeting had the awards’ Business Owner of the Year speaking to the youth, while Enugu had finalist for On-Air Personality of the Year (Radio), the popular Chuks d Spaceman of Cosmo FM. “Courtesy of support from HiTV for these town hall meetings,” Jideonwo, who was also in Enugu, said, “not only do we have our own events, we also visit youth events, clubs and gatherings of young people in those areas to spread our message of hope and change.”

The Ghana Town Hall meeting was the first of the international town hall meetings for this year, where The Future Awards engages with communities of young Nigerians in different countries. It was held in conjunction with the Nigerian High Commission in Ghana. The High Commissioner, Senator Musiliu Obanikoro, sent a representative. The event held at the Shangrila Hotel, with an overflowing hall of young Nigerians living, working and schooling in Ghana, as well as a mix of Ghanaian youth. Also present was Screen Producer of the Year winner, Onye Ubanatu.

Performers included Ghanaian comedian Peter Wincousyn, Nigerian keyboardist Yemi (who reminded guests of Cobhams), Sammy and Bizkit. The event hosts were daughter of ace Nigerian producer, Daphne Akatugha (who is also one of the coordinators of the International Students Association) and Ghanaian writer Robert.

“We didn’t have any town hall meeting in Lagos because we had the launch event here, and we have also been on a breathless round of events, campuses across the entirte state talking to hundreds of young people,” Jideonwo explained. “But we finally decided to do another event in Lagos, partnering with the popular event Taruwa. The conversation about Nigeria and what young people can practically do to empower themselves and to add value to the country can after all never end.” 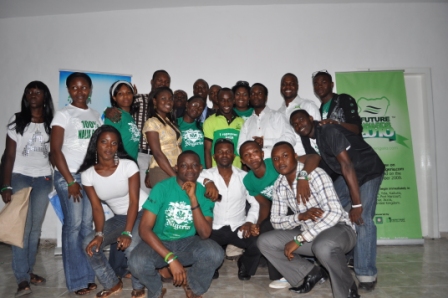 Nominations are still for the awards in the 20 different categories, and one of the main objectives of the tour is to get nominees from across the country and outside. According to Jideonwo, nominees are especially wanted in the Best Use of Science and Excellence in Public Service categories. Anyone can nominated any young Nigerian between the ages of 18 and 31 via the website www.thefuturenigeria.com.

Next on the schedule are Benin, Ile-Ife, Calabar, Londonm holding at the University of East London, and Johannesburg, which will be the last town hall meeting, held in conjunction with naijaborn.com, on the 28th of November.

This site uses Akismet to reduce spam. Learn how your comment data is processed.